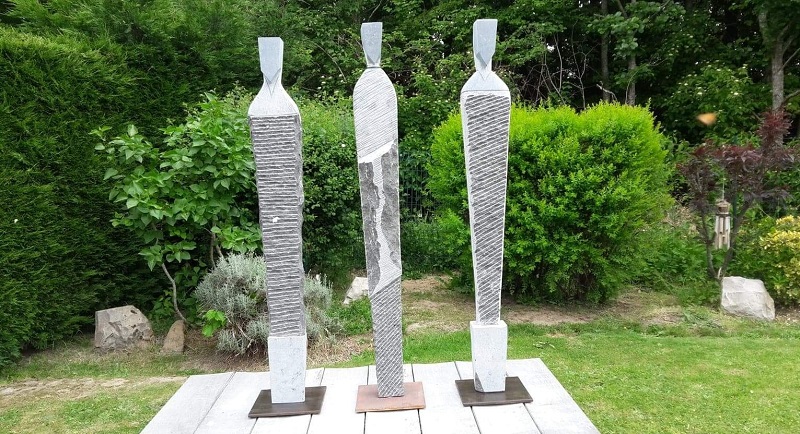 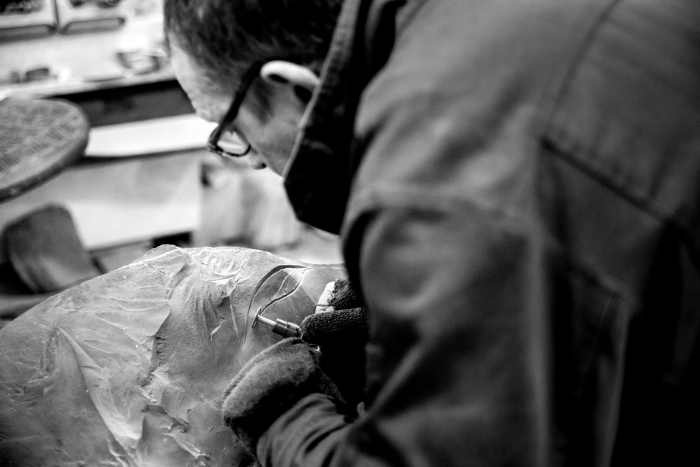 Bruce discovered sculpting early with his grandfather who worked in a marble mason in Cousolre, nicknamed “marble valley”. Later, this grandfather created his own workshop which nursed Bruce’s childhood, keeping in his memory the smell of stone, the dust and unforgettable motions. His interest in art and the appeal of stone were awakened: Bruce began sculpting in 1994. He isn’t impeded by principles or the laws of market: his liberty is intact, he creates according to internal exigences and not according to pressures exerted by others. His hand is the trusty interpreter of what his mind conceived. Stone sculpting is immobility and silence. Sensations can be perceived by a slow and patient approach. Creation is an act which gives birth to the artwork, which begins its existence, which we can touch and see. Stone is the product of time and the sculptor doesn’t work in haste or in transient. “Listening to the noises of marble which has its own smells and clamour” “The unrefined block presents a form which often suggests a subject” says Bruce Clicq while forming volumes by placing marks on the marble in order to shape a face. “Motions are important, patience and slowness are imperatives. Mazy’s marble is really delicate and fragile, the angle of the tools primordial. You have to know how to listen to the noises the marble makes, which has its own smell and clamour!” Since 1997, he is involved in numerous exhibits and art workshops. His unique works are showcased in various publics and privates collections (Belgium, France, Netherlands.)